Nintendo cleans up at AIAS Awards

Animal Crossing, Metroid and Mario lauded. And then some. 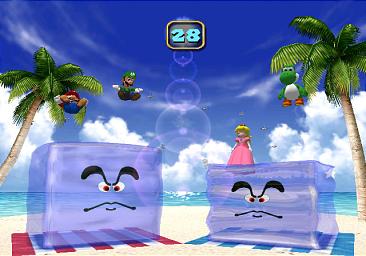 Mario Party 4
All Images (5) »
Nintendo has swept the proverbial board at this year?s Academy of Interactive Arts and Sciences Awards, taking seven prizes in a coup for the company, having been generally panned in the western awards scene in favour of GTA: Vice City.

Animal Crossing was a major winner, taking Console RPG of the Year and Outstanding Achievement in Game Design Awards.

"As an artist, the only way I know how to make a great game is to go by my intuition and heart", said Shigeru Miyamoto, in a statement that sounds refreshingly like it wasn't penned by a marketeer. "To win over and over in just one evening stunned our whole team. We're overwhelmed!"
Companies: Nintendo
People: Shigeru Miyamoto
Games: Animal Crossing Eternal Darkness: Sanity's Requiem Mario Party 4 Metroid Fusion Metroid Prime