PC version of Vice City gets a date!

And we don't mean politically correct, either. Now PC owners can disturb their loved ones. 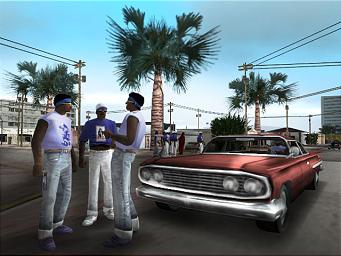 Rockstar Games has announced that the long-suspected PC version of the smash hit Grand Theft Auto Vide City is well underway and will be hitting the streets on May 13 in the US and May 16 in the UK and Europe.

?We felt that we had to truly outdo ourselves when it came to developing Grand Theft Auto: Vice City and felt that we owed it to the fans to continue to keep enhancing and delivering the gameplay, cinematic graphics, production values and audio experience that have become synonymous with the Grand Theft Auto franchise?, said Sam Houser, president of Rockstar. "We are truly humbled by the response that the game has received so far and are extremely excited to showcase Grand Theft Auto: Vice City on the PC.?