Novalogic gets the UK distribution rights for cyber thriller Devastation 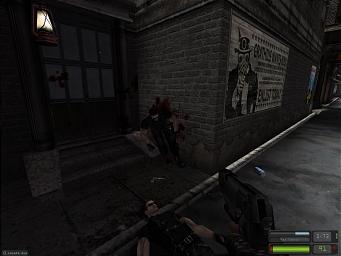 All Images (3) »
Following the E3 and ECTS displays of impressive early code, Devastation is almost ready to be unleashed, and London-based Novalogic, lovers of all things that go boom(!) have snapped the PC game?s distribution rights for the United Kingdom.

Devastation is set on Earth in post-apocalyptic times, and the fight for survival and the right to dominate the territory is the ultimate aim. The objective-based single player campaign calls for special skills including stealth, surveillance, computer hacking and sniping. Go head-to-head over LAN or Internet, or mix it up with co-operative games in both Arcade and Simulation settings.

Devastation?s Unreal engine-powered gameplay had fans of this kind of thing all excited at last year?s major trade shows, so much so that Novalogic have decided to step in.

"We are delighted to announce the UK rights for Devastation" said Paul Rebhan, Managing Director of NovaLogic. "This title is another step forward in our commitment to third party publishing. We are looking forward to speaking to a number of new developers throughout 2003".