It?s the follow-up to Midnight Club. 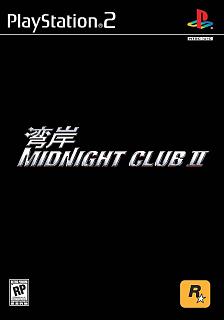 Rockstar Games are on a roll at the moment, what with the huge success of their mega-selling Grand Theft Auto: Vice City. In an attempt to bask in the game?s reflected glory, the company have released more details about their next release, Midnight Club II, and confirmed that the game will be released stateside in February 2003 for PS2, and for Xbox and PC in the Spring. A European release for all formats is also expected in Springtime.

"Midnight Club redefined the racing genre by offering an entirely new freedom and style never before seen in a racing game," said Dan Houser, Rockstar Games' Vice President of Creative. "Midnight Club II evolves those trademark ideas, adds a host of innovative features with a revolutionary new design creating a racing experience that continues the tradition of excellence and innovation expected from a Rockstar title. We believe we are making the fastest and most complete racing game people will have ever seen."

Lofty claims from the boy Houser. Additional information about Midnight Club II is available at midnightclub2.com.