Microsoft invite us to a taster of what's to come next year. 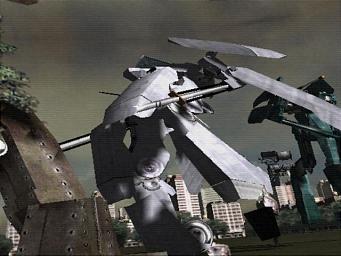 Steel Battalion
All Images (5) »
In a riverside penthouse by London Bridge, in a room kitted out with about 20 or so Xbox consoles, widescreen TV?s and the latest in ridiculously large gaming peripherals and bowls of chocolate, we had a glimpse of the future, Microsoft-style.

The event was staged for Microsoft?s Xbox team to tell us 'Don't worry, there's more to come' and indeed they proved that point, with great promise evident in titles such as Kakuto Chojin, Unreal Championship, Transworld Snowboarding and the truly awesome Steel Battalions.

The titles we played and our first impressions are as follows:

Blinx - It's out now and a huge improvement over it's E3 build. Best platformer on Xbox.

Kakuto Chojin - 70% complete and similar in control to Tekken with a rigid feel. So far, no obvious mechanical intricacies that set it in its own league. Not yet, anyway. The graphics are stunning. Commands are intuitive and simple - has promise.

Tao Feng: Fist of the Lotus - 30% complete and already considerably well produced visually. It would be unfair to judge the game mechanics for now, at such an early stage. It will be interesting to see how this develops.

Transworld Snowboarding - Like a grown-up SSX. In fact, some of the courses are eerily familiar. Has freestyle and sim modes which are well distinguished from one another. Excellent.

Toe Jam and Earl 3 - Retains the spirit of the first Sega Megadrive game, allowing simultaneous play and involving plenty of roaming around and stealing of presents. We also noticed a 'download levels' feature which you need Xbox Live for.

Metal Gear Solid: Substance - MGS2 Director's cut. No obvious difference to the PS2 original, bar the extra modes. Out now in the US. Still cool.

Torque - 70% complete. A polished platformer in it's early stages which involves you building up your 'rage' meter to morph you into something that looks like Sully from Monsters Inc. Platform action on rails. Good fun.

Steel Battalion - One of the most immersive gaming experiences. The controller further affirms its place as the new and definitive rich man's toy. Whoever wears the trousers in your household must own this.

Final Verdict: A brave move by Xbox, regarding how early in development some of the bigger titles were, but first impressions are high, considering the level of visual polish already present. 2003 should be a good year for Mr Gates.