Galleon for GameCube sails into view

See, it does exist! Believe! 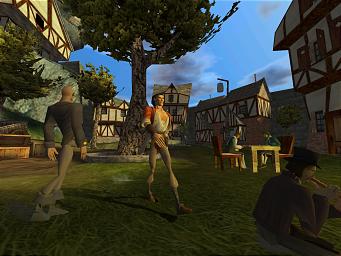 Galleon caused a stir when it was first revealed some years ago, but since then, aside from a fleeting E3 appearance, nothing has been seen from the game until now.

Created by Toby Gard, the man behind Lara Croft and the original Tomb Raider game at Core, Galleon promises a return to form for the now somewhat stale 3D third-person action and adventure genre. Set aboard the good ship Endeavour, you play as Captain Rhama, setting about his quest in a story-driven fantasy world of impressive proportions, across six colossal island landscapes.

Expect to see Galleon on sail (ha!) this December.