Microsoft gifts you a fiver 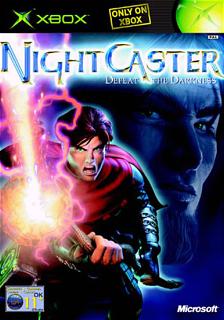 All Images (5) »
Microsoft Europe has kindly decided to shave Ł5.00 off the recommended retail price of several of its leading Xbox games. The games selected for reduction are Dead or Alive 3, Project Gotham Racing, Azurik, Nightcaster and NBA Inside Drive 2002, all of which will now be priced at Ł39.99

"In preparation for making it a great summer for gamers and retailers, we're introducing special prices for these top games," said Sandy Duncan, Vice President, Xbox Europe. "These titles have done very well for us, and all have appeared in and around the top-ten Xbox sales charts. We have also received an overwhelming response to these games through reviews and awards, proving that both the industry and consumers love Xbox and its games portfolio. We've delivered value to hundreds of thousands of happy consumers in Europe with our recent console price reduction."

Though some would argue that Ł45 was too much to pay for videogames in the first place, this move is, of course, welcomed by all.
Companies: Microsoft
Games: Azurik: Rise of Perathia Dead or Alive 3 NBA Inside Drive 2002 Nightcaster Project Gotham Racing