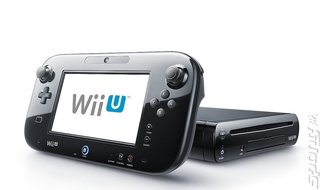 Koninklijke Philips NV (that's Philips you to) has won a case it brought against Nintendo in the UK regarding the use of motion tracking tech in the Wii and Wii U. This spells big trouble for Ninty as similar cases are also being heard in the US and Europe.

The U.K. High Court judge also stated that, "The common general knowledge did not include a device combining a physical motion sensor with a camera and the reasons advanced by Nintendo for putting those two sensors together in one unit are unconvincing."

Nintendo is yet to comment. Bjorn Teuwsen, a spokesman for Philips, however, said ?We believe Nintendo infringed the patents and have tried to settle since 2011, but as that hasn?t worked out we had to take this step."

He continued, ?This case relates to other cases in the U.S., Germany and France. It might help in those cases, but that?s up to the local authorities in those countries.?

Next week sees Judge Briss ruling on financial damages and also Philips apparent desire to see the Wii and Wii U withdrawn from sale.

PattonFiend 20 Jun 2014 17:46
1/3
BAHAHAHAHAHA, they brought them to court in the UK because any judge in their right mind in the US would have laughed Philips out of court.

Finny how EVERY SINGLE company with motion technology has tried to sue Nintendo.

I find it quite strange that Nintendo "stole" their technology from seemingly and apparently every body and their brother.

darklink46 21 Jun 2014 08:22
2/3
So when are they gonna sue MS n Sony n ban sales of the xbox one n ps4 in the US? Is that next on the agenda seeing as how those two companies are the ones who actually violated all three patents by Phillips' own logic.