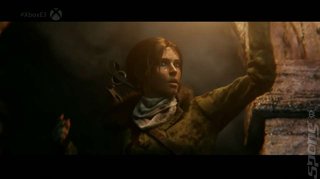 E3 2014
The rumoured next instalment in Square Enix's Tomb Raider series has just been confirmed for next year at Microsoft's E3 press briefing.

The game will be titled Rise of the Tomb Raider and will be with us around Christmas 2015. Platforms weren't confirmed.

The announcement came with a teaser trailer, though it didn't give away much. We got a cutscene of Lara chatting with a psychiatrist, cut with images of mountain-based action. It was all very gritty and dark. There was the trusty bow, too.