New CEO is either making a huge joke or he's just announced something big. 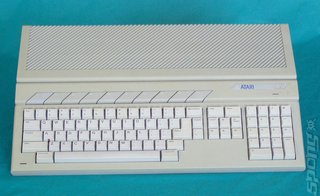 Frederic Chesnais is the new CEO of Atari and he's either got huge ambition or a massive sense of humour because he's said that Atari's future is in hardware.

First let's let Mr Chesnais make a sensible point regarding the sheer problem of disentagingly the Atari ownership question, or problem. Over the years the company behind the iconic 2600 console (and the less iconic ST home computer) has been bought, sold, marketed and re-marketed. Right now, it's probably bet known simply as a company that sells its logo to t-shirt makers. Mr C' says, "?Yeah ? that is one of the challenges we face in the next five years and we need to reposition the brand ? gear it more for the future.?

But what of the hardware angle?

A new console from Atari?!!

?I?m not talking about a new console," he says. So, what then? "...like, a watch. A gamified watch. It?s not what we are going to do, but think about [something like] that. Like a new type of watch is something we ?could do.? A watch, branded, where you don?t have an ?ordinary watch.??