Activision net revenues over all were down, but digital impressed 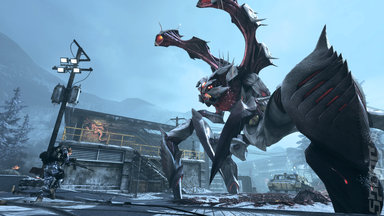 Onslaught DLC
All Images (2) »
Activision (aka Activision/Blizzard) has released its 1st quarter results for the financial year 2014/2015 and things are a little glum compared to the same three month period in 2013. The stand-out point however is the omission of sales figures for Call of Duty: Ghosts.

First up, net revenue for the period were $1,111m and this is down $1,324m from the same period the year before. Obviously uncertainty over new consoles vs old console purchasers by consumers come into play here. These figures were, however, above forecasted levels and this enabled CEO Robert Kotick to state:

?Our better-than-expected performance was driven by record digital sales in Blizzard Entertainment?s franchises, including World of Warcraft, Diablo, and Hearthstone: Heroes of Warcraft, a new free-to-play game which had already registered more than 10 million users as of its March 11, 2014 launch on Windows and Mac, in addition to Activision Publishing?s Skylanders and Call of Duty franchises.

Some good news looking forward also to Activision in the form of digital sales over boxed. Kotick stated that, "For the first quarter, net revenues from non-GAAP digital channels accounted for more than 68% of our revenues, setting a new quarterly record and driving record non-GAAP Q1 operating margin and record non-GAAP Q1 EPS. Additionally, we are raising our full year outlook and expect to grow our non-GAAP revenues year over year and deliver record non-GAAP earnings per share.?

Moving into digital distribution of core games, as well as licensing of IP such as Skylanders toys rather than having to hold physical inventory is a huge advantage.

One point, however, did stick out like a sore gun... no figures were provided for sales of Call of Duty: Ghosts. Trumpeting millions of sales for CoD games has been a traditional sound from the Activision camp for the last few years.