Images emerge of a new game made by From Software 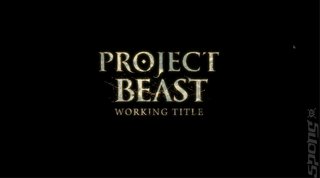 All Images (9) »
Demon's Souls: surely it's time for a sequel? It seems so given the screens for a game called Project Beast that have emerged apparently from the maker of both Demon and Dark Souls, From Software.

The screens, including the title screen (pictured) emerged this weekend and the big money is on the Project Beast title being simply a working one being used as the project is developed with Sony's Japan Studio apparently for a PS4 exclusive release.

The Gematsu, "Demonnite, a Sony employee on NeoGAF known for his teases, teased a Demon?s Souls followup in the past. ?It will be a whole different beast,? he said in January. TGS will be a beast of a show,? he said in June, implying the game was originally scheduled for a Tokyo Game Show debut.