Release date due to the next title from the Grid series 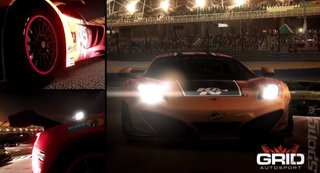 Codemasters has released details for its newest driving game: Grid: Autosport. It will come into the shops on 24th June in the USA and on June 27th in Europe om Xbox 360, Windows PC via Steam and for the PS3.

Yes, you read that right. Even more Old Gen is the main reference for the game: TOCA 3. Chief Games Designer James Nicholls says, "“The design philosophy behind GRID Autosport was to create a really focussed racing game." Ooookay.

He elaborates, “We’ve jettisoned anything that doesn’t support the on-track competition and we’ve chosen a selection of cars and tracks that will give players a range of different racing experiences.

That variety is crucial. There are five very distinct ways to race – this isn’t a game where basically every race is the same and the cars and tracks change. You need to adjust your tactics and learn different techniques to succeed in each racing discipline and each car has its own character too. Our AI will act and react in different ways depending not just on how you race, but the style of racing you are competing in and that’s vital in authentically capturing the feel of say, Touring Cars compared to Open-Wheel Racing.”

Codies also managed to get a tame journalist from Autosport mag to quote. Simon Strang set aside thoughts of objectivity and said, "TOCA Race Driver 3 was an office favourite back in the day, so when Codemasters said they wanted to take the series back to its core fan-base we got stuck in to help."

Strang goes on, "“Many of our guys that helped with the handling are either former racers and / or active amateurs, but their deep and ingrained knowledge of all levels of motorsport, from so many weekends spent in far-flung paddocks meant that Codemasters were able to extract aspects of knowledge and understanding that otherwise would slip by. The other thing is that while you want the cars to feel authentic, you don't necessarily want to spend hours mastering it - that's what real racing is for. You want that experience of racing."

So, yup Grid Autosport is a dual venture. Enjoy the footage.