The Last of Us Remastered: A Teeny-Tiny Glimpse

Video shows how it will look on PlayStation 4 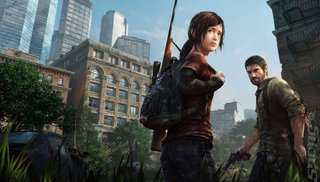 After finally getting round to going on record about The Last of Us: Remastered for PS4, Sony and Naughty Dog have provided the slenderest of teaser trailers ever seen on the Internet.

Mostly the video recounts the looooong list of accolades the PS3 original has received, but we do get a slice of footage to give us a taste of what the game will look like.

The Last of Us Remastered will run in 1080p and has had a number of other graphical tweaks. It will include all the DLC released to date, as well as commentary tracks. More in our story from yesterday.

Companies: Naughty Dog
Games: The Last of Us