Is a DLC appearance in the works? 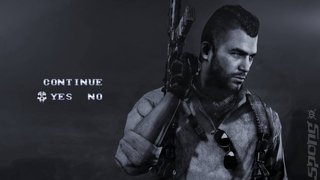 Infinity Ward has teased an upcoming return appearance from John 'Soap' MacTavish, lead character of the Modern Warfare games, in the Call of Duty series.

The tease came in the form of the pic of Soap being a bit moody and introspective that you can see alongside the story. The Yes/No caption, of course, plays off his fate in MW3.

While exactly what this all means is by no means locked down, a fair guess would be that Soap will turn up in a multiplayer Legends Pack, as we've seen previously with Captain Price and Vladimir Makarov.