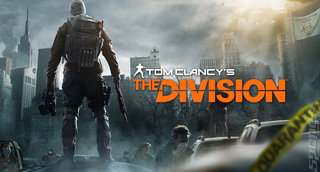 E3 2013
Massive Entertainment, developer of upcoming Tom Clancy game The Division, is extremely heartened by the delay of Watch_Dogs, according to MD David Polfeldt.

"It?s tremendously important for us as a developer studio, to know that the owner and the publisher are ready to take that hit, and [the Watch Dogs delay] was a massive hit. I think their shares fell 25% on the day it was announced it was being delayed. It takes so much courage to live through that day and still think that was a good decision," Polfeldt told The Examiner.

"So for us in the development [side of things], that?s an important message that ultimately the management will back up the goals that we have, which is the game has to be great.

"That?s ultimately the end goal and then it?s a million times better if it?s on time, but if there is a choice between time and quality, then quality will win."

He said that many Ubisoft staffers have been with the company for 20 years or more, something that's unusual in a corporate environment. He said that he believes it's Ubisoft's focus on quality that keeps people around.

Polfeldt also said that meetings with Ubisoft revolve around quality and pushing the game further, rather than getting the game out of the door.

While The Division is scheduled for release this year, but rumours back in January said that the prospect of a 2014 release is "laughable".
Companies: Massive Entertainment Ubisoft
Games: Tom Clancy's The Division Watch_Dogs

RabidPenguin 15 Apr 2014 16:14
1/1
You know what I find funny here is that publishers think that we the players don't want a good game for some reason. I mean we hate when the game we are anticipating gets pushed back, but the majority of gamers understand and we'd rather have a quality game out the gate than a game that we are waiting on to get patched or is bland because it was rushed. Give us a great game, delay when you have to, but give us a great game. That will pay off in the end. How much do you think stock would have fallen on a released, but ultimately bland game that people ended up feeling meh about? That would be far worse. Ignore the vocal minority and just make great games!
Posting of new comments is now locked for this page.