The Division's Weapons Get Their Own Studio 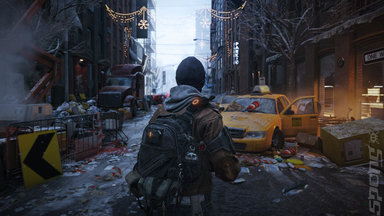 E3 2013
Ubisoft has recruited Red Storm, the developer behind the original Rainbow Six and Ghost Recon games, to work with Massive Entertainment on The Division. Its remit? Create authentic weapons. That's it.

"They knew that surely we must have a team here that knows what we?re doing on that front," said Red Storm Producer Tony Sturtzel in a Ubisoft blog post. ?They were right and our weapons team was available."

Red Storm has a whole team that only works on weapon design. "I, personally, have been doing it for about six years now," said lead weapons designer JD Cragg. ?One of the guys on my team has been doing it for almost nine. This is pretty much all I do ? authentic military weapons, vehicles and that sort of thing."

Currently three artists at Red Storm are working with a developer over at Massive in Sweden on producing all the art assets for the weapons.

"He helped pick a list of realistic weapons and common weapons that would appear in the fiction of the game and we started building them from scratch in 3D," Cragg says of his Malmo counterpart. "So we take the process from a list of assets that we need all the way through to completed artwork."

"One of the huge benefits that we have is our connections with local military," Sturtzel says. "We?ve had manufacturers come in and literally disassemble the entire weapon all the way down to the nuts and bolts, and our guys are taking hi-res photos of those things. We probably have unparalleled access to these types of things because of our authenticity department and their focus on relationships. We?re not ever gonna let the cat out of the bag on some of the relationships we have!"

There's more info over on the Ubisoft blog. The Division is due out some time this year (maybe, if we're lucky).
Companies: Massive Entertainment Red Storm Ubisoft
Games: Tom Clancy's The Division