Minecraft Pulls Out of Oculus Rift 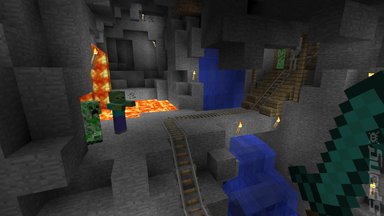 "I have the greatest respect for the talented engineers and developers at Oculus. It?s been a long time since I met a more dedicated and talented group of people. I understand this is purely a business deal, and I?d like to congratulate both Facebook and the Oculus owners. But this is where we part ways." So says Minecraft originator Markus Notch Persson.

But why? According to Notch, who visited Oculus VR a few weeks ago and all was going well, they wanted Minecraft PI to work with but...

Facebook just bought Oculus VR for $2bn including Facebook shares and cash. It's also likely to provide huge development cash to accelerate development of the initially crowd funded Oculus Rift. Facebook has also promised not to stop the games development for the system.

In an official blog post he says that, "Facebook is not a company of grass-roots tech enthusiasts. Facebook is not a game tech company. Facebook has a history of caring about building user numbers, and nothing but building user numbers. People have made games for Facebook platforms before, and while it worked great for a while, they were stuck in a very unfortunate position when Facebook eventually changed the platform to better fit the social experience they were trying to build."