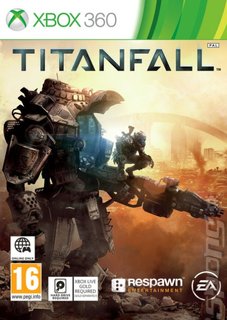 Respawn founder Vince Zampella has declared that TitanFall - EA's most hyped title in ever - will have no microtransactions at all.

He has also said that the company is aiming to make the Xbox 360 experience the same as PC and Xbox One. This sort of begs the question, "Why fork out for a new Xbox One then Vince?" But before that, Vince also made some obvious points about paid for DLC and other 'updates'...

Vince explained to GameSpot during an advert... sorry interview, that: "For the Xbox 360 version (which is being handled by a separate studio, Bluepoint Games), Zampella mentioned that they're aiming to bring the same experience to Xbox 360 that will exist on Xbox One and PC: "That's the goal."

"The game's obviously not done yet. They're doing a port of our game, so as we come in hot, we just certified our day one patch, so they have to take that and integrate it into their game, so they're naturally lagging behind us. The goal is to get to get it as close as possible; it obviously won't be exact since it's on a less-powerful system."

...but we already know that the goal can't be achieved. That's marketing folks.

In terms of the DLC and updates, Vince talked about what appeared to be an interesting new take on post-release gaming add-ons.

"We're going to do paid DLC. We're also going to do free updates," Ok, just like most other games of this nature then. Surely Vince has something to add?

"There are things that we want in the game that we didn't get to ship in the final game. So we'll add private matches and things like that for free. There will be some paid DLC. We're going to do a season pass just because if you buy it up front, it's a deal. We're not going to do microtransactions. You just buy it up front, and you get a better price."