Women in Games: No One Knows the Numbers

Within a Sony Santa Monica puff piece lurks a truth 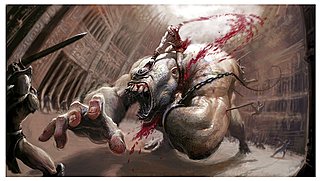 "I feel like having a female in the room changes the dynamic in a positive way," says Shannon Studstill in a puff piece about Sony Santa Monica.

Studstill who is the studio manager at the studio that saw sackings galore occur last month also points out that, "And we should acknowledge that and embrace it and be giving these women the opportunities that they deserve to have a voice at the table." But hidden at the foot of the story is a rather less fluffy observation.

Kate Edwards, executive director of the International Game Developers Association makes a very clear point, "We talk about this issue a great deal, but we have no information on which to take action. We don't know the percentage of women, the positions they're in," Edwards said. "We need to get some kind of scope about what's actually going on, and where to go from there."

Yes, there are no hard data. Time to shape up games industry.