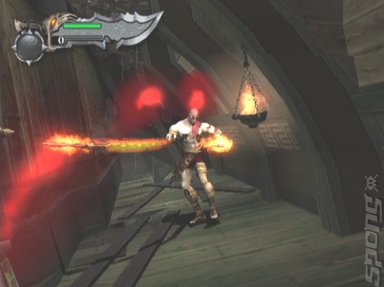 All Images (2) »
As we reported yesterday, Sony is laying off staff at its God of War Santa Monica studios before it moves offices. It has now also been confirmed that along with the staff, a new game IP was also canned.

This news came from Jonathan Hawkins - a laid-off lead level designer at the studio in a series of messages that not only illustrate the game-making cost of the lay-offs but also his own painful journey.

First up via this Tweet:
Yesterday, I was laid off. It was a good 10 year run & I got to make three 90+ games. I lived the dream & got to accomplish all of my goals.

Which lead to this:
Except one… making something out of nothing & creating a new AAA IP.

Which resulted in this:
@jonathanhawkins Is the new IP safe? Was Ascension's tepid critical reception & low sales (relative to GoWIII) to blame for the layoffs? :(


to which the reply came...

@GrumpyGamerGuy I'm not sure. But the IP is canceled.

And all this has lead indie dev Jonathan Blow of The Witness fame to declare:

every single megablockbuster franchise, that Mr. Business Suit Guy would rather put the money toward, was once a new IP.