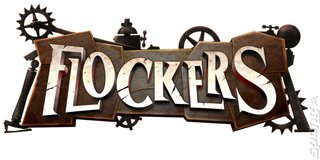 Team17 - the UK video game developer most closely associated with the Worms IP that began life in the early 1990s - has revealed a new project called Flockers.

It's a Steampunk influenced game that was revealed by T17 boss Debbie Bestwick at the recent PlayStation Open Day at ahead of its official public announcement next week. She said, "This is the most important game we've worked on in over a decade."

Develop reports that, "Bestwick didn?t offer any more information on the new IP but judging by the logo, we?re guessing Steampunk and Team17?s love of dangerous sheep are both central to the brand."