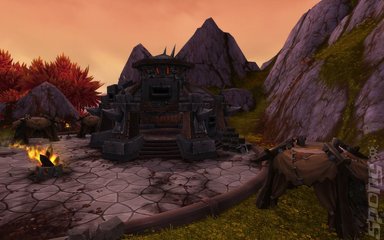 Once upon a time, levelling up your character in a decent RPG or MMO was one of the points of the game. It was once one of the challenges. Not so nowadays when companies such as Activision/Blizzard need players online to keep stockholders happy.

Today, rather than sanctimoniously moaning about players buying the time of poorly paid XP famers in strange - but real world - countries, Blizzard will allow you to level up your World of Warcraft characters... for $60. Here's why.

He tells Eurogamer, "It's tremendously awkward to tell someone that you should buy two copies of the expansion just to get a second 90. That's odd. So we knew at that point we were going to have to offer it as a separate service."

Oh dear gods. Not deep thinking then. We don't believe it either. So why do it.

"It's just to allow people who want to purchase additional level 90s, maybe they want a second or third alt and they don't have time to level it themselves because they have a family or etc - it's to allow them to do that."

But Acti/Blizz does try to make it all sound reasonable, "If our goal here was to sell as many boosts as possible, we could halve the price or more than that - make it $10 or something. And then hardly anyone would ever level a character again."

Dude, the plan is to keep players - do not bleed subscribers in fact.
Companies: Activision Blizzard Blizzard
Games: World of Warcraft: Warlords of Draenor