Respawn: Titanfall Beta Will Be Closed 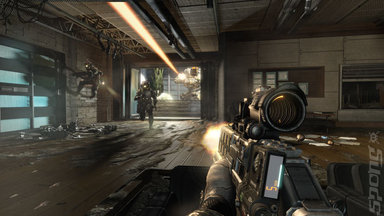 If you were hoping you'd be granted access to Titanfall's Beta period by pre-ordering the title, well, we have some bad news for you - the Beta will be closed, meaning that you'll need to be invited to gain access.

Fans were hopeful that the Beta period would be 'open', based on the following Tweet from Vince Zampella:

@x_Ramone will not require a pre-order, but no more details than that yet... =/

He recently clarified that the Beta will not be accessible with a pre-order, and that it will in fact be a closed beta.

@VexX_mendes2878 @abbieheppe @TitanFallBlog goal is to get as many people in as possible, doing it in waves to make sure it works

If the Beta follows in the same footsteps as the Alpha for Titanfall, it's likely that a short application form will be available on Respawn's website, and selected applicants will acquire their access code via email.
Companies: Respawn
Games: TitanFall