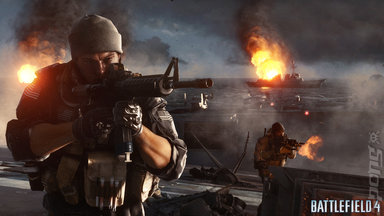 E3 2013
We don't doubt that you've heard about the ongoing issues with Battlefield 4. We don't doubt it one bit. Don't worry though, help is on the horizon in the form of DICEs most recent update.

What we have for you is a full list of notes from the update; they include new features, PS4 crash fixes and general improvements. Check it out:

FEATURES & IMPROVEMENTS:
- Selecting expansion packs in the Server Browser will now properly filter servers that contain content of the selected expansion pack(s)
- Improved how the Chrome approval of the plugin is handled, so it doesn't require a page refresh to be detected
- In Loadout, the "Set active kit" buttons are no longer shown when viewing others' soldiers
- Added a "Apply to all" button for knives, grenades, vehicle/weapon paints, and pistols in Loadout
- Many items in Loadout now properly display if they require Premium or certain expansion packs to acquire (support for all items coming soon)
- Added the ability to hide images in Loadout
- Various other minor tweaks to Loadout
- Various minor improvements and tweaks


Do these cover the issues you've been having? Is your issue not mentioned at all? Let us know in the comments or over on Facebook.
Companies: DICE
Games: Battlefield 4