Thinks there's pie enough for everyone 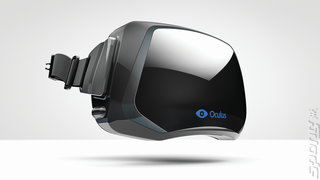 While PC gaming looks set to make strides beyond its traditional desktop territory, Xbox chief product officer Marc Whitten is showing the world his game face. Speaking to Endgadget, he was altogether breezy about Oculus Rift and Valve's Steam Machines.

Whitten was very positive about Oculus Rift, in fact. He doesn't think the hardware is going to chow down on Xbox's slice of the pie. "It's just gonna increase the surface area, and I think that's an incredible thing," Whitten said.

He was a little less decided about the Steam Machines, but claimed they don't present direct competition to Xbox One. "I personally don't know how to think about Steam Machines yet," he said. "I'm not knocking it or whatever. I continue to think that PC gaming -- the sort of uber configuration and I can change everything and I can mod -- that's an important thing and there's a lot of people that wanna do that.

"When you get into that living room environment, you don't want to spend any of your brain cells doing anything but being entertained. I don't want to work on it; I don't want to feel like I have to know how it works. I would like to be blowing things up now, or watching a thing now. That's the fundamental thing that you want to do. I think there's space for both. I'm not sweating it."

You can have a nosey at the range of Steam Machine specs revealed at CES here.