'Xbone' doesn't live up to it's abbreviation *snigger* 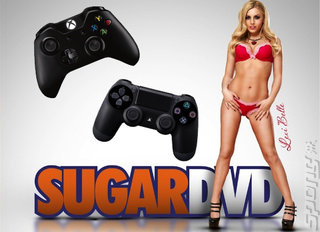 It doesn't help that the Jax Smith, CEO of SugarDVD admitted that the Xbone should be the premier porn-watching hardware.

Oh, and for the record, Cream Plosions #2 was the top viewed movie on both platforms in December.
Companies: Microsoft Sony