Xbox Moves into Content Creation with an Atari Documentary

We knew Microsoft needs content for its devices .... so it's started making some and Xbox is at the forefront 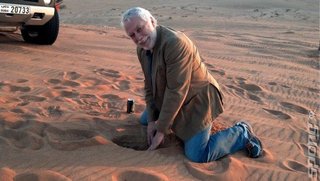 Once upon time Atari made a game so utterly awful that it was forced to bury the units that were made of that awful game in a desert. It's a gaming legend - now Microsoft is making an Xbox-exclusive documentary film about it.

The game was ET: The Extra-Terrestrial and "Xbox Entertainment Studios" is making a film about the game, the burial and attempts at retrieval. And it's not messing about with this, its first documentary.

While the movie - and other documentaries what Xbox Entertainment will be bringing exclusively to Xbox Live are interesting enough - the fact that Microsoft is using Xbox for its bridgehead into content creation is fascinating. Up until now, Sony was well placed with its movie and music divisions to offer a wide variety of content which it would also benefit from the sale of.

Now Microsoft is throwing money not just a gaming but at other content. Game very much On.