Let's breathe life into a wonderous hit of the past. 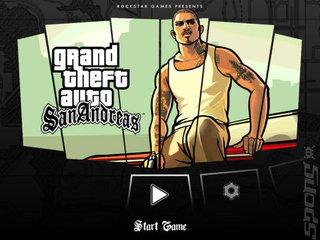 You wouldn't feel that there was some cynical flogging off of old memories if a band from the 1990s released an old LP on a new format, so let's applaud loudly as GTA San Andreas hits Apple's iOS devices.

Lead singer of the Rockstar band of brothers (and a sister of two if she's managed to overlook the misogyny) Sam Houser - or his PA - goes mentally effusive, saying, "Grand Theft Auto: San Andreas was a giant leap forward for the series, bringing the early '90s West Coast to life in a massive world full of possibilities. We're thrilled for players to experience it all on mobile devices." Bet you are dude. So, what do you get?