Nope, No Fallout 4 for VGX

Or any other Bethesda titles, for that matter 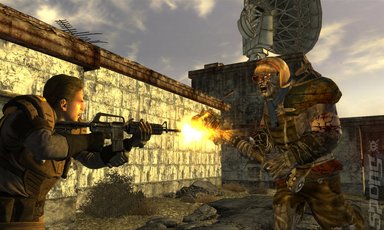 Fallout: New Vegas
Bethesda has put to bed the possibility of a first showing for Fallout 4 at the VGX games awards this weekend.

Between a trademarking of Fallout 4 that was spotted in November and a teaser that looks suspiciously Fallout-ish, a reveal at VGX looked like a possibility.

Bethesda VP of PR and marketing Pete Hines squashed that (and the chance of any other Bethesda titles appearing), however. "No, folks. I am not going to VGX. Bethesda is not showing/talking about anything at VGX. Just some PR meetings in LA. Take deep breaths" he tweeted.

Still, Skyrim was revealed four days after the awards back in 2010, and the timer on that teaser site has seven and a half days left on it, so...