Activision and the Billion Dollar Call of Duty Brag

Numbers come tumbling on sales but there's a funny smell too 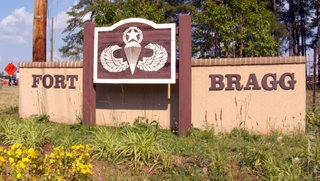 Call of Duty: Ghosts is undoubtedly something of an achievement for Activision, Infinity Ward and especially for the shareholders and management of the former if the line being trotted out by Activision is to be misread as intended.

"Activision Sells More Than $1 Billion of Call of Duty(R): Ghosts into Retail Worldwide as of Day One" is the headline of the press release doing the rounds right now. And that's an absolutely astonishing amount of money for Day 1. Astonishing.

The casual observer might even mistake this for, "$1 Day 1 Sales". As MCV points out, this would be historic and amazing given that, "It would not only double the $500m predecessor Call of Duty: Black Ops II made in its first day but even beat the record-breaking $800m made by Grand Theft Auto V on day one."

In fact it means that Activision shipped $1billion worth of CoD: Ghosts to retailers for those retailers then to sell on. Let's be very fair here, getting retailer to take that much inventory is in itself an incredible achievement. It doesn't mean, however, that it won't stay on shelves.

Let's continue to be fair and take the press release at its word. Let's scour it for actual Day 1 sales figures. This is the nearest we get:

"Millions of people are already playing Call of Duty: Ghosts online. Since its release yesterday, Call of Duty: Ghosts has moved to the #1 spot as the most played game on Xbox Live, according to Microsoft. Additionally, Activision confirmed that on the Xbox 360 videogames and entertainment system from Microsoft, average player sessions for Ghosts have been longer than either Black Ops II or Call of Duty®: Modern Warfare® 3, during the same time period."

A rather vague 'Millions'...