Isn't it time we all admitted that single-player is not important in CoD? 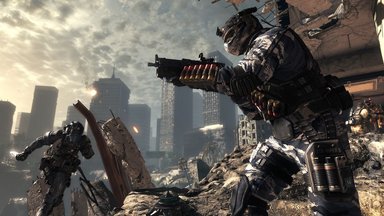 Call of Duty: Ghosts shares more than a publishing deal with and Infinity Ward the developer with Call of Duty: Modern Warfare 2. It would appear to share some content too.

The video you can see below (so, minor spoiler - beware) would seem to indicate that Infinity Ward has reused some cut-scene footage from MW2 for its latest outing in the series: Ghosts. Does it matter? After all film companies and directors have been reusing footage for decades. Does it matter than the single-player campaign of one of the world's biggest entertainment series isn't really worth spending big mo-cap money on? Look at the video and tell us what you think.

As we say: MILD SPOILER.