Not only with Splinter Cell Blacklist, but with Rayman Legends too 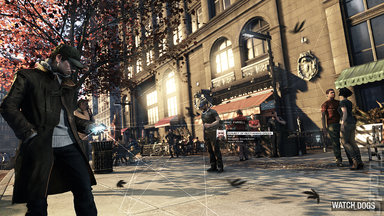 E3 2012
During a call to investors last night, Ubisoft admitted that it has fallen short with not only one, but two titles' expected sales, which contributed to a lowered financial outlook.

Both Splinter Cell: Blacklist and Rayman Legends fell short of their sales targets set by Ubisoft. The company attributed the shortfall on reluctance from gamers to invest in new titles ahead of Sony and Microsoft's next-gen hardware launches.

Their annual revenue expectations have taken a hit, reducing from $1.94 billion to $1.38bn for the current financial year. This has a lot to do with two of the companies big titles; Watch Dogs and The Crew, which Ubi has announced will be delayed.

We reported about the Watch_Dogs delay earlier today, check it out here.

"Watch_Dogs was trending towards the higher part of our guidance because the pre-orders were very good," Ubisoft CFO Alain Martinez said. "We had more units than we had on the original plan."

CEO Yves Guillemot added that Watch_Dogs needed the extra work to sit comfortably among Ubisoft's other core franchises. "We consider it to be a long term pillar of our future performance, alongside the likes of Assassin's Creed and Far Cry," he said.