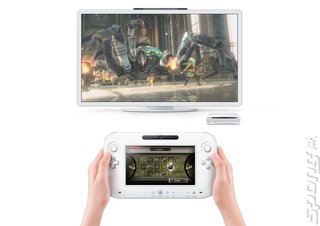 Nintendo has detailed the features included in its Wii U software update Version 4.0.0 U, promising Gamepad compatibility with the system when Wii Mode is in use.

The official spiel from Nintendo tells us in the new features list there is, "A feature to output video and sound to the Wii U GamePad when using Wii Mode. Users can choose to output to the TV and GamePad, or just the TV".

There's a bit of a caveat, though. While players will be able to use the Gamepad to view their Wii exploits, they'll still need a Wii Remote to play the game.

Also included in the update it the facility to use a USB keyboard. You can get the full details on Nintendo's site.
Companies: Nintendo