No New Sony Micro Console for Europe or USA

Sony not planning to bring microconsole to Europe or the USA 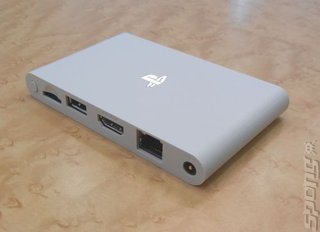 Sony''s top man at PlayStation, affable Andrew House, has kiboshed hopes that the Vita TV 'microconsole' that enables you to use your TV to play Vita and PSP games won't be leaving Asia in the near future.

He also told the Techon site that, "In the future, SCE will offer games developed for the PS3 to PS4 and PS3 by using a cloud-based game distribution service. Technically, the PS Vita TV can support such games. Therefore, SCE is considering providing PS3 games to the PS Vita TV by using the service in the future."

He then bombshelled us, "SCE will release the PS Vita TV in Japan Nov 14, 2013, and in other countries after that. The reason why it will be launched in Japan earlier than in other countries is that there is no leading company in Japan's video streaming market. The company is planning to sell the PS Vita TV in China, South Korea, etc, but not in the US and European market at this point."

Bathram 29 Sep 2013 22:10
2/3
So far has San Andreas ben mu favorite game beasuce of the scripting tool for SA:MP (multiplayer mod) called PAWN given has the game unique multiplayer features If I would be a tester there would I probably going around and asking them to make GTA 5 supporting this PAWN http://tgxyspqk.com wlfvowlqc [link=http://yfaofzrtb.com]yfaofzrtb[/link]

Lotta 30 Sep 2013 09:48
3/3
Hey GTA5. I just wanted to say. I’m hoping this game is going to be like San Andreas in some type of way. I loved the whole gang banging thing. Plus San Andreas was just the perfect place for it. I hope y’all don’t take that away in gta 5. I mean whenever a gta comes out in liberty city, y’all never take the mobs away right? So I’m just hoping to see some gangs in here. Idk about everyone else, but if the main character is tommy vercetti, idk about being him. I know he’s ALOT older cuz hell it was the late 80s in gta vice city. I just don’t wanna be no old man. Lol I would love for gta 5 to have a new character that is back in a gang or something. And another thing I’m hoping to see is being able to do some of the things you did on San Andreas. You know, like mod cars, work out, get hair cuts and tattoos. And can we get some better clothes? San Andreas was a CLASSIC, and I just wanna see this be Better then the classic. Cuz honestly, San Andreas was better then gta 4 to me. Only thing gta 4 had on San Andreas was graphics and everything was more realistic. If San Andreas would of had that, it REALLY would of been the best gta ever. small business insurance cost
Posting of new comments is now locked for this page.