EA Comes Clean on Free-to-Play and No More Offline

WARNING: you can't believe your ears 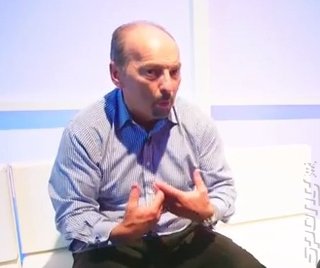 A little while ago (well, at gamescom, EA's top man, Peter Moore could have been mistaken for saying that all of his company's products will have a free-to-play element, and he probably said 'going forward'. But No! Not according to the man himself.

What Pete appears to say if you watch the video below from about 04:39 and listen to the words he uses is, "The ability for you to be able to interact with those franchises (Battlefield, FIFA) on a free-to-play basis is gonna to be part and parcel of every major franchise we do now...?

Now, on his blog read how he isn't saying that...

"Many of our most popular franchises for PCs and mobile ? including Battlefield, Need for Speed, FIFA, Star Wars: The Old Republic, Plants vs. Zombies and now Madden NFL, to name a few ? already offer free-to-play experiences," says Peter, who continues... "Command & Conquer is another exciting new free-to-play game coming online later this year.

Well that's cleared that mishearing of words up by us. So, what about the bit in the interview where is appears to use words in this order at around 06:30 in the video:

"We're seeing more and more of the online experience being part and parcel of every game... we don't ship a game at EA that is offline... it just doesn't happen.... yeah, we don't deliver offline experiences any more." What about that?

Weeeeeeel, he said it but he didn't mean it like you heard him seem to mean it. To the Clarification Blog!

"Today, most games are ?online? in some way, shape or form. Many games connect in online multiplayer modes; others include online services which allow for periodic content updates, sharing stats or achievements or connecting with friends; and others are games downloaded through digital delivery methods like Origin or the App Store. The reality is, the Internet and social connectivity touches every one of our titles today ? and has for several years.

"What that does NOT mean is that every game we ship will require an online connection. Many, if not most, of our games include single-player, offline modes that you can play entirely without an Internet connection, if you so choose. We know that?s something many of our players want, and we will continue to deliver it."