Xbox One: An Unboxing

Major Nelson talks us through it 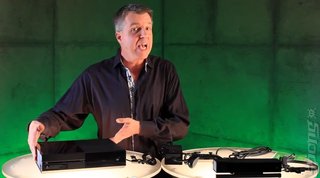 Microsoft's Larry 'Major Nelson' Hryb says it's the moment you've been waiting for - the unboxing of an Xbox One.

We'd be tempted to argue that the moment you've been waiting for is actually the unboxing of your Xbox One, not some middle-aged bloke you've never met before unboxing one half the world away. Still, it's an unboxing of an Xbox One and that, in itself, is interesting.

We're not going to talk you through it. Here, have a look: