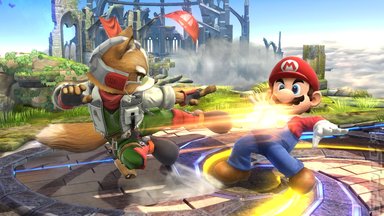 Nintendo President Satoru Iwata has said in no uncertain terms that Nintendo intellectual property such as Mario and Zelda won't find its way onto other platforms while he's in charge.

"If I was to take responsibility for the company for just the next one or two years, and if I was not concerned about the long-term future of Nintendo at all, it might make sense for us to provide our important franchises for other platforms, and then we might be able to gain some short-term profit," he told CVG.

"However, I'm really responsible for the long-term future of Nintendo as well, so I would never think about providing our precious resources for other platforms at all."

There has been speculation, in the face of weak Wii U sales, that Nintendo could follow in SEGA's footsteps and become a software company. Iwata said, however, that what makes Nintendo "very unique" is the fact that it produces both hardware and software.

Iwata said that, "by integrating them, we can be unique. And because we have hardware and software developers in the same building, they stimulate each other."

This comes hot on the heels of Ubisoft revealing that Mario and Luigi skins are unlockable in Rayman Legends.

In June games industry veteran Ian Livingstone said Nintendo should get its properties on every platform to avoid a generation growing up without ever seeing them.
Companies: Nintendo
People: Satoru Iwata