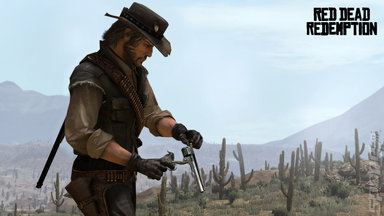 Take Two can finally see what other people have been pointing out for a while, it's got to build more of a franchise portfolio because relying on Grand Theft Auto might not be enough.

CEO Strauss Zelnick confirmed this in a not particularly coded response to a question about its future by analysts in New York last night, signally both good gaming news as well as an admission that on terms of "franchises" it could not longer rely on critical acclaim (BioShocks) and mass hysteria (GTA) to fill the coffers and please the stockholders.

"The best franchises are permanent franchises. Outside of our business you can look at James Bond, for example," he pointed out, continuing.

"And it's been our goal not just to preserve and grow the Grand Theft Auto franchise, but also to build other franchises that we think can be permanent, whether that's the Red Dead franchise or the Borderlands franchise or the BioShock franchise or others, Civilization, for example.

"So I don't -- I think in certain instances, we'd like to see releases paced a little more closely together. I don't really think next-gen is going to change the production approach sufficiently that, that will be the difference that makes the difference."