Xbox One: Built to Advertise 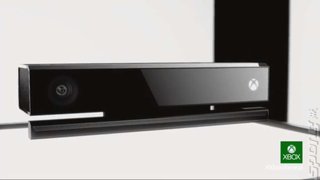 Microsoft has once again attracted the ire of gamers with one of its employees admitting that the Xbox One "is going to have advertising in mind".

Speaking to StickTwiddlers, Microsoft's technical account manager for Xbox LIVE Advertising, whose name we won't reveal, said, ?It?s going to be an exciting transition though because the 360 console wasn?t built with advertising in mind, it was more of an afterthought, so we?ve had to adapt to the technology and how we work to fit them in to the console, whereas this new one is going to have advertising in mind.

"So a lot of the limitations that we have now, hopefully the release of the boundaries will widened so the opportunities will be a lot greater.?

He also said that Kinect's voice recognition is much-improved, with the benefits being felt when you switch between games and TV. Microsoft hopes to make use of this in its advertising.

There are a couple of other interesting quotes in there.

A senior digital art director/UX designer noted that, ?On Xbox, the ad is part of the actual experience, it?s not something that is outside. The only difference is that the advertisement we have is quite small and not disruptive so people are not aware of clicking on the banners because they know this is a part of the whole experience on the dash.

"So the users know that this is something that when they click on it, they won?t be hit by something crazy or something dangerous like on the web. Everything that lands there, we create.?

Another interesting point was that advertisers and game developers don't get the same API. An XBL advertising developer said that, ?This sort of works at two levels. There?s the game producers who have a different API, so a different set of code and system that they use, and they?ve got a lot more control of the whole thing, whereas from the advertising point of view we have a slightly more limited set, which is designed to protect the user. The company is very keen on protecting the user from any sort of abuse so we can?t do certain things.?

While some gamers are unhappy about the whole thing, it's worth pointing out that if you're going to get advertising beamed at you from your console (and you already are and will continue to do so) then it might as well advertising that's been designed to be unobtrusive.

There's more on StickTwiddlers, and if you're interested in what your experience with the Xbox One will be like it's worth taking a look.

miacid 4 Jul 2013 15:50
1/1
If the console was free, then I could understand the advertising. Isn't the general rule of thumb these days that if you pay for something (like the BBC/apps/web sites) then there are no ads, if you don't then there are?!
Posting of new comments is now locked for this page.