What will this mean for RPG series like Persona? 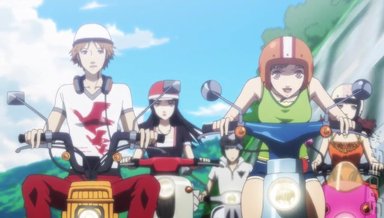 Atlus' parent company, Index, has been in trouble for a while now. But it seems that it's in deeper than anyone previously though - just last night, the Japanese corporation announced that it is going bankrupt.

What this means for Atlus, the publisher behind cult RPG series Shin Megami Tensei and Disgaea among others, is unclear. Like THQ did in the West with its studios before it, Atlus could very well be sold off to an interested buyer in order to recoup Index's spiralling debts.

These are debts that the parent company has been struggling with for quite some time. Back in April, the Corporation posted a significant loss for its second fiscal quarter, despite strong domestic sales of Persona 4 Arena and Persona 4 The Golden. With a reported 1.435 billion yen ($14.75 million) debt, a number of cost-cutting measures were announced.

It seems that this was not good enough. In a formal statement, Index Corporation states that its attempt to acquire businesses that targeted both domestic and international interests did not work as planned, with overseas acquisitions in particular not providing the increased revenue necessary to justify the purchase.

We hope this story has a happy ending for all those affected by the news.