Persona Returning in Many Forms

Much beloved RPG get energised to make most of nostalgia, consoles and handhelds 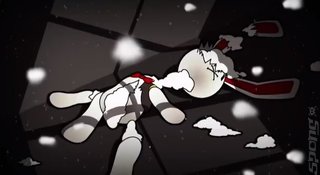 When gamers look back into the period of the history of games they will nod and say to themselves, "Yup, it wasn't too long after this that the nostalgia plagued combine with the Risk Aversion Syndrome and wiped out all the games publishers making way for the Golden Age of Gaming.

Persona - the Atlus game series of quirky Japanese RPGs - is being brought back... again. We have Persona Q: Shadow of the Labyrinth which is big news because it's coming for Nintendo 3DS, the first time the series has not appeared on a Sony platform.

Next up according to Forbes, "Persona 5 will launch next winter in Japan, and is coming exclusively to the PlayStation 3. No word on when the game will make its way to North America."