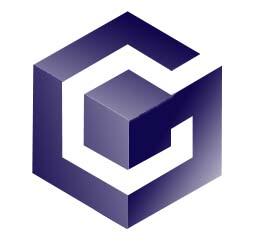 All Images (2) »
After years of speculation, rumour and large-scale Internet campaigning, it would appear that SquareSoft and Nintendo have come to an agreement that will see the Final Fantasy series restored to a Nintendo platform.

Japanese newspaper Nihon Keizai Shimbun has reported that Nintendo and Square have come to an agreement that will see Final Fantasy created for both GameCube and Game Boy Advance.

The series will be made by a new Square subsidiary called Square Designer Studio. Headed up by Legend of Mana and Final Fantasy developer Akitoshi Kawazu, Square GDS will be funded by Hiroshi Yamauchi?s Fund Q, a cash pot initially set up to fund small-scale independent development. This fact is doubly ironic in as much as it has been Mr Yamauchi who has blocked any Nintendo involvement with Square. The row flared when Square backed out of an agreement with Nintendo to keep the Final Fantasy series exclusive to a Nintendo platform. SquareSoft found Yamauchi?s refusal to move away from cartridge-based media untenable for future development of the Final Fantasy series. It then went on the create Final Fantasy VII for Sony?s PlayStation and, to the massive annoyance of the tempestuous Yamauchi, became the most successful game in the series at that point in time.

Square Game Designer Studio will be set up using 10,000,000 yen of Mr Yamauchi?s cash. 51% will be owned by Akitoshi Kawaza with the remaining 49% owned by Square. It seems that Nintendo gets nothing out of the deal, other than the right to master Square?s games.

Square has been keen to point out that it will keep its main development focus on the PlayStation 2, with Final Fantasies XI and XII still scheduled for exclusive PlayStation 2 releases.

Final Fantasy titles for both Game Boy Advance and GameCube will be released in Japan before the end of the year.