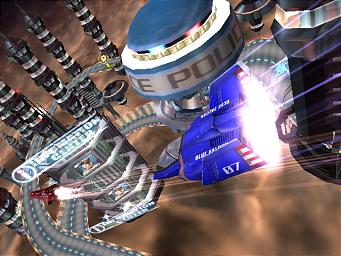 Clinging on to the hope of a new F-Zero sometime soon? Don't count on it. Nintendo's Shigeru Miyamoto appears to have ruled out the possibility, explaining that he doesn't have any ideas that could justify making a new title in the futuristic racer series.

When asked about the anti-gravity features of upcoming Wii U title Mario Kart 8, and whether it could help bring another F-Zero game to the world, Miyamoto was a little downbeat. "I certainly understand that people want a new F-Zero," he said to IGN.

"I think where I struggle is that I don’t really have a good idea for what’s new that we could bring to F-Zero that would really turn it into a great game again. Certainly I can see how people looking at Mario Kart 8 could see, through the anti-gravity, a connection to F-Zero. But I don’t know, at this point, what direction we could go in with a new F-Zero."

The producer then spoke of Nintendo allowing third parties to develop certain Nintendo franchises in the past, and that this might not be continuing in the future. "The more we think about it, the more we prefer to be able to create those games internally, on our own. We’ve obviously, as I mentioned, been working on what we can do to increase our internal staff in a way that will allow us to have more projects going at the same time, so we can create new games and work on additional old IP and still maintain the other primary franchises that people want to see."

bom 5 Jul 2013 18:26
1/1
we need online multiplayer plus hd graphics. Thats all I want
Posting of new comments is now locked for this page.