Not quite 'family issues', according to anonymous sources. 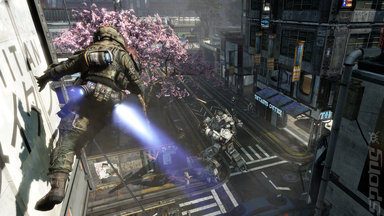 E3 2013
Jason West's departure from Respawn Entertainment might not have been as amicable as first thought. According to a new report, West abruptly left following a conflict between himself and fellow studio co-founder Vince Zampella.

Respawn was founded by West and Zampella, former heads at Call of Duty: Modern Warfare creators Infinity Ward, shortly after they were controversially sacked by publisher Activision. A lengthy legal battle followed - a legal battle in which West showed "erratic" behaviour, according to Vanity Fair.

The report cites its own anonymous sources as stating Zampella felt that West was "sabotaging the company" due to this turn in behaviour.

Rumours of West's departure circulated in March, and the studio moved to issue a formal statement that said that he had left "to take care of some family issues." But reports since then have suggested that West has been largely absent from the studio for much longer than that.