Amicable split due to family issues. 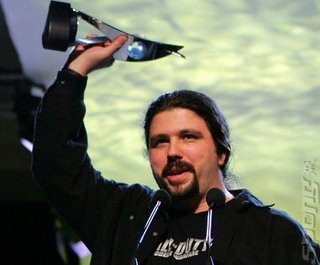 Respawn Entertainment appears to have lost a founder, if current rumours are to be believed. Jason West has reportedly left the studio he built with EA in 2010, leaving co-founder Vince Zampella as the acting head of the studio.

According to a report on Giant Bomb, sources close to the two heads - best known for creating the Call of Duty series and its Modern Warfare franchise at Infinity Ward - state that West "has not been involved in active development for Respawn?s game for a number of months now, but it has not impacted development."

Kotaku, which spookily reported on the same story at roughly the same time using its own sources, adds that the departure was amicable and that West "left because of family issues."

West and Zampella formed Respawn Entertainment in 2010 following a high-profile exodus at their former outfit, Infinity Ward. The pair were entangled in a lengthy lawsuit with Call of Duty publisher Activision, and begun development on a new sci-fi first-person shooter at their new studio - to be published by EA.
Companies: Respawn
People: Jason West