E3 2013: EA Claims No 'Aggressive' Lobbying for Xbox One DRM

Didn't once speak with Microsoft. 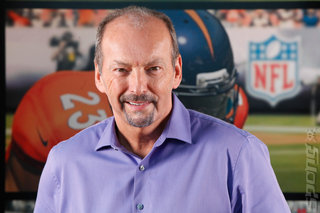 Electronic Arts executive Peter Moore has stressed that his company did not push Microsoft into introducing hardware-based online connectivity requirements and pre-owned restrictions with Xbox One.

It has been claimed that Microsoft implemented such features in order to appease large publishers such as EA and Ubisoft. In an interview at E3, Moore was clear on his stance. "As the guy who is the chief operating officer of Electronic Arts I can tell you that EA did not aggressively lobby for the platform holders to put some gating function in there to allow or disallow used games.

Of course, EA was always in a win-win scenario from the start on this issue. Should the Xbox One's features not have sparked ire and fury in target consumers, EA would have been perfectly positioned to tackle the 'used games problem' that it initially sought to solve with Online Passes. Now that we all know where the wind is blowing, the publisher can come out and position itself to avoid getting caught in the crossfire.

Moore went further though, in an attempt to rule out any conspiracy theories. "EA has never had a conversation, and I have been present at all of them, with all of the manufacturers, saying you must put a system in place that allows us to take a piece of the action or even stop it. Absolutely incorrect."

So it never once spoke with Microsoft on the matter, apparently. Good to know.
Companies: Electronic Arts
People: Peter Moore