Will be optimised, but more expensive, on crowd-funded console. 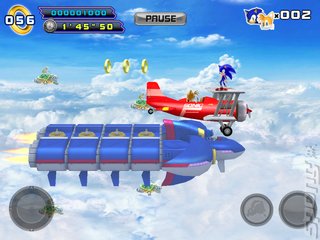 SEGA has announced a commitment to publishing titles on the crowd-funded Ouya Android console, starting with three Sonic the Hedgehog games.

They will cost $6.99 each on Ouya - a higher cost than their iOS or Android counterparts (ranging from $1.99 to $3.99, depending on game and platform). Additionally, Ouya does not allow access to Android's Google Play store, choosing to curate games developed specifically for its platform.

"There were a couple of things that were exciting about Ouya," SEGA America's David Zemke said to GI.biz. "One is obviously that it's a great gaming platform on a new device. When you get the chance to hook it up to an HDTV and watch it on a big screen, it's actually quite impressive.

"It's [also] disruptive technology, right? It's fun to see what these technologies can do and be a part of it from the beginning. For those two reasons alone, we've looked at it as yet another reason to bring some great Sega content to a whole new audience."