Infinity Ward: We Are Bigger Than We Have Ever Been 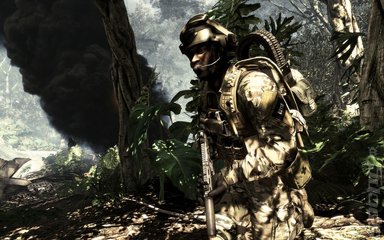 You would think that a high-profile legal spat between Activision and Infinity Ward's co-founders would spell the end of the Modern Warfare studio. Not so, says Call of Duty: Ghosts executive producer Mark Rubin. Instead, the developer licked its wounds and started to rebuild - and now it has more staff than ever, apparently.

You'd be forgiven for thinking otherwise, though. Following the 2010 scandal, in which former Infinity Ward heads Vince Zampella and Jason West were marched out of their own offices by security, the studio lost some 50 key members of staff as they all jumped ship to new outfit Respawn Entertainment. A weakened Infinity Ward was forced to collaborate with Sledgehammer Games to finish Modern Warfare 3.

"Working with Sledgehammer allowed us to re-grow the studio to full capacity at a pace that made sense to us," said Rubin. "So it wasn?t a situation where we went out and said ?we need 50 more guys, go out there on the street and hire them.? We were actually able to say no to people. We are now a fully-fledged team. We are actually bigger than we have ever been before."

Of course, a lot of pressure is on Infinity Ward to get its groove back with Ghosts. But Rubin adds that to his team, it's just a Tuesday. "I think we have something to prove on every game. I started at Infinity Ward back on Call of Duty 2. And that feeling of ?what we did last was not good enough. We need to do better? has been there every game that I?ve been a part of."