Extra discount for PlayStation Plus subscribers. 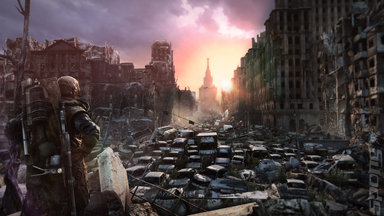 Metro: Last Light is sitting pretty at the top of the software charts right now, but Deep Silver isn't prepared to slow the momentum. The 4A Games thriller is set to gain several DLC packs, which can come at a discount if users purchase them in bulk with a Season Pass.

There are four packs confirmed - the 'Faction Pack', 'Chronicles Pack', 'Tower Pack' and 'Developer Pack'. The first two will feature original extended single-player content to follow on from the Metro: Last Light story, while the Tower Pack will offer a unique solo challenge. The final one, Developer Pack, opens up some creative tools for players to work with.

The Faction Pack will be released first, in June, with the rest to follow across the Summer. The Season Pass will be available for Xbox 360, PS3 and Steam at 1200 MSP or $14.99 / Ł11.99 / ?14.99, with an additional 25 per cent discount to PlayStation Plus subscribers for a limited time.
Companies: Deep Silver
Games: Metro: Last Light